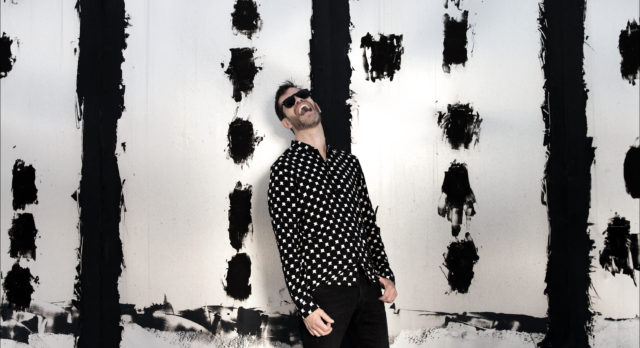 With 12 albums to his name, McCaslin is best known for his collaboration and friendship with the late David Bowie, who tasked McCaslin to work hand-in-hand on his final album, Blackstar.

“It was like a dream except it was something I never could have dreamed of,” reflects Donny. “David Bowie was a visionary artist whose generosity, creative spirit, and fearlessness will stay with me the rest of my days.” The result was Beyond Now, McCaslin’s latest album dedicated to Bowie. Since its release on Motéma Music in 2016, Beyond Now has garnered praise from Rolling Stone, Entertainment Weekly, NPR, The New York Times, Associated Press and more.

While many have discovered McCaslin for the first time since the release of Blackstar and Beyond Now, his prominent career is over 25 years in the making.

Raised in Santa Cruz, California, McCaslin attended Berklee College of Music, where he would go on to join the iconic NEA Jazz Master Gary Burton’s Quintet as a senior. Moving to New York in 1991, he quickly made a name for himself as a first-call soloist and touring musician, working with Maria Schneider, Dave Douglas, Danilo Perez, Brian Blade, Gil Evans project, Steps Ahead, and many others. During this time frame he also began releasing several albums with his own groups as well as receiving critical awards such as a Chamber Music of America New Works Grant in 2006 and winner of DownBeat Critics Poll ‘Rising Star’ category in 2008 & 2009, among others.

However the definitive path to Bowie and Beyond Now can be traced back to 2011, when McCaslin released Perpetual Motion, taking an electric direction for the first time at the suggestion of longtime producer David Binney in contrast to his previous acoustic projects. He and Binney soon after assembled the core members of his working band, known as the Donny McCaslin Group: Jason Lindner (Now Vs Now) on keyboards, Tim Lefebvre (Tedeschi Trucks Band, Saturday Night Live) on electric bass, and drummer Mark Guiliana (Meshell Ndegeocello, Brad Mehldau), all of whom were featured on Blackstar. Two subsequent albums Casting for Gravity and Fast Future  continued this new musical direction, directly influenced by electronica artists (covering groups such as Aphex Twin, Boards of Canada, and Baths), which netted McCaslin a GRAMMY® nomination for “Best Improvised Jazz Solo.” It was clear that McCaslin was cementing a new improvisatory style of music with his passion for electronica, EDM, funk, dub, and jazz.

Fast forward to late 2013. Composer Maria Schneider recommended longtime collaborator McCaslin and his group to Bowie. Schneider and Bowie were working together on the track “Sue (Or in a Season of Crime),” which featured McCaslin as a soloist. By June 2014, Bowie heeded Schneider’s advice and paid a visit to hear McCaslin’s band at the 55 Bar in Greenwich Village. Bowie began corresponding with McCaslin over email and sending music, forming a new collaboration and friendship. By 2015, McCaslin’s band somewhat unexpectedly became the band for what was very unexpectedly the last David Bowie record, Blackstar.

This thrust an unknown band into the spotlight, forever branded McCaslin and company as “David Bowie’s Last Band.” Almost exactly three months after Bowie’s death on January 10th, McCaslin’s band entered the recording studio in Brooklyn and made their third full album as a working band. The result is Beyond Now, which documents “the last [Bowie] band” as they were processing both their grief and Bowie’s distinctive impact.

“The day David passed was a devastating day for so many people,” McCaslin says. “It shaped this record, as you would imagine. From the fall of 2014, I had been immersing myself in the demos for ‘Blackstar’ that he had been sending me. In January of 2015, the band recorded the first batch of tunes. That process happened again in March. I was really living in that world, so when the summer of 2015 came around, and I had a chance to write the originals that you hear on Beyond Now,” I was definitely being influenced by David’s music.”

Beyond Now‘s repertoire is expansive, comprised of two Bowie songs, covers of Deadmau5, MUTEMATH, and the Chainsmokers, as well as compelling McCaslin originals including the title composition, inspired by a track inspired by a song McCaslin recorded for Blackstar that didn’t make the album.

As much as it is hard to be Bowie’s band and not talk about being Bowie’s band, there’s a reason Bowie picked McCaslin, a narrative already in place almost five years prior. And that’s a traditional jazz quartet that has been playing with various strategies taken from electronic music, or found in electronic music, more accurately, and then spirited back across their own border.

“What was so beautiful about the experience with David,” McCaslin says, “is that there was the framework with his tunes, but he was an active participant. He was in there singing with us, all the time, and that was amazing, you know,  because he was adding that element of deep passion and deep conviction. I’m kind of an emotional player anyways and that’s the territory that I live in as an artist. He was really living in the moment and was wholly invested in what he was doing. I think it really helped inspire us, just the interaction and the intensity of the record.”

Named “one of the hottest jazz tickets in the world” by AARP in 2017, recent awards include winning Best International Jazz Artist at the 2017 Jazz FM Awards in London, where he shared the stage with the Rolling Stones. He was later honored with the prestigious Paul Ackett Award from the 2017 North Sea Jazz Festival. The Donny McCaslin Group has performed over 80 shows on 5 continents throughout the 2016-2017 season alone supporting Beyond Now.

“This new album is an expression of that journey for all of us,” says McCaslin. “David allowed Blackstar to be what it was going to be regardless of how people might have categorized it. More than anything, it was his fearlessness in crossing musical boundaries and genres in his music and life that inspired the risks I’m taking in Beyond Now. I am indebted to Bowie for showing me the risks and rewards of going for your uncompromising musical vision.”

The next evolution of the Donny McCaslin will be documented on a new recording for Motéma Music in 2018. He lives in Brooklyn with his wife and two children.