Led by Temesgen Zeleke, a former student of Ethiojazz legend Mulatu Astatke, Krar Collective perform a rootsy yet contemporary take on traditional music from Ethiopia based on other-worldly modes and driven by hypnotic rhythms. The traditional acoustic krar lyre is associated with the azmari minstrel tradition; electrified, in the hands of Zeleke it becomes a gritty, ancient rock guitar. Accompanied just by traditional kebero drums played by Grum Begashaw and fronted by the stunning vocals of Genet Assefa, Krar Collective with a minimal line up create a surprisingly full band sound.

Their repertoire is draw from the songs that represent different regional and tribal traditions in Ethiopia; with over 80 languages and the second largest population in Africa, the country has a rich treasure of musical wealth to explore. The traditional acoustic krar lyre is associated with the azmari minstrel tradition; electrified, in the hands of Zeleke it becomes a gritty, ancient rock guitar. Accompanied just by traditional kebero drums and fronted by the stunning voice of Genet Assefa, the core trio of Krar Collective create a surprisingly full band sound, leading one critic to name them ‘The Ethiopian White Stripes’. Sometimes augmented by bass krar, horn section, or dancers and with gentle ballads and funky high-energy dance tunes, Krar Collective never fail to surprise and delight.

With their first album released on the Riverboat label of the World Music Network in 2012, they have been described as “one of the most rousing, reliable new African bands of the year” (The Guardian Newspaper). In 2012 they represented Ethiopia in the London 2012 Cultural Olympiad alongside artists such as Angelique Kidjo and Staff Benda Bilili. Shortly after this, they were picked out as “one of the grooviest and most hypnotic bands at Damon Albarn’s recent Africa Express bonanza” (Time Out), where they travelled for a week with 80 musicians on a private train performing on stage with African greats such as Baaba Maal, Amadou, Rokia Traore, Fatoumata Diawara, and non-African musicians such as Damon Albarn, John Paul Jones and Paul McCartney. 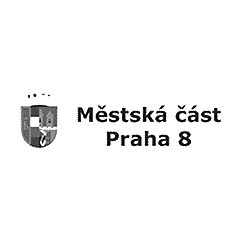