Paolo Angeli: Born in 1970, he started to play guitar when he was 9. He grew up in Palau, an extremely stimulating musical environment. The guitar and the voice of his father, his first mentor, the autobus with the drums, the chicken, the melons, the ‘diroccati’ rock groups in an old carpentry, the experiences with concerts in the squares and carnival evenings, they all directed him towards a sailing without stylistic barriers in the world of music. After he obtained his Nautical Diploma, in 1989 he moved to Bologna. It was during the 1990 university occupation that the Laboratorio di Musica & Immagine was born: a colourful ensemble of 14 musicians who, by unblocking the barriers among musical genres and by practising collective composition and improvisation, started becoming famous in the main European festivals of innovation music.

Suspended between the camera post-rock of Mistress, the duo with Stefano Zorzanello, the improvisation with Jon Rose, the realization of the opera Pacifica with Fred Frith, the choir at Tasgia, the Serbian dances Diamant Brin and Trabant, he started playing the tube with the Banda Roncati, the extraordinary experience of social music. In the same period he was among the founding members of the popular music school Ivan Illich and the independent label Erosha.

On 1993, he was fulgurated by the encounter with Giovanni Scanu, the old guitar player from Sardinia, who died at the age of 95 and from whom he learnt the forms and the modules of the ‘canto a chitarra gallurese e logudorese’.

From this ‘fighting meeting’ between extra-cultivated avant-garde and popular tradition came his Sardinian prepared-guitar: an orchestra-instrument with 18 cords, an hybrid between guitar, baritone, violoncello and drums, gifted with hammers, pedals, some propellers at variable speed. With this singular instrument, constructed by the craftsman Francesco Concas, Paolo elaborates, improvises and composes unclassifiable music, suspended between free jazz, folk noise and minimal pop.

In 1995, he released his visionary album Dove dormono gli autobus, (played live on 1997 by the band Fraìli). In 1997, he won the competition Posada Jazz Project and recorded Linee di fuga, the first work with his modified guitar. In 2003, he published Bucato, the synthesis of four years of concerts all over Europe, a live ‘Solo’ CD produced by the English label ReR. Then, he started touring in Canada and the United States, a period of tournées immortalized by the live publications Mede e Drawing Circle. In the same year, on request by Pat Metheny, he started the project of a new model of his Sardinian prepared guitar; in the Liuteria Stanzani it was two guitars that were born, one of which was adopted by the American musician. In 2005, for ReR, he realized Nita, l’angelo sul trapezio, an imaginary sound track as a result of the participation of most of the musicians belonging to the Bologna creative scene. Nita represents a synthesis of the creativity of the collectives and the freshness of the traditional Sardinian music.

In 2005 Paolo moved to Barcelona. 2007 opens with the eclectic Tessuti (ReR) a solo project devoted to the compositions of Fred Frith and Björk, with the live vinyl Andature Portanti (Wallace Records).

Than it follows a pearl in his production: the dualdisc Tibi (2010 DVD/CD), based on a photographic reportage of the prepared Sardinian guitar, realized by Nanni Angeli and sonorized live in ‘Solo’ with a music suite which includes new compositions and tracks taken from the preceding albums. The work can be defined as  the most important synthesis created by Paolo on the prepared Sardinian guitar, with a avant-garde mixing in 5.1 and with a relation to the image taking us back to the works of LM&I.

In 2013 Paolo produced his definitive meeting point balanced between traditional Sardinian music, free jazz, flamenco, Arabic nuances, and post-folk music: Sale Quanto Basta  (ReR), followed by S’Û (2015 ReR). Paolo spent two years touring around the world and produced Talea (2017 ReR), double album live, with recording from Australia, Brasil, US, Japan, Europe and Turchia’s concerts. Talea is the point of arrival of a research project and a kind of coexistence that has lasted 20 years, during which Angeli embraced the instrument as the natural offshoot of his musical ideas.

2018 opens with an amazing Solo at Carnegie Hall (New York) followed by another US/Canadian tour.

On 2019 Paolo produced a new album: 22:22 free Radiohead : we are in front of a one hour new composition, in which the band’s repertoire is re-writed with a sense of absolute freedom.

Among his artistic collaborations, it is to be remembered the multimedia projects with Nanni Angeli (Tibi, Il passo dei Misteri), the duo with Hamid Drake (Uotha Nubop 2005, Deghe ReR 2014),  the avant-pop duo with Takumi Fukushima (Itsunomanika ReR 2011), the POG Trio – Piccola Orchestra Gagarin, with Sasha Agranov, cello, and Uriol Roca, drums – (Platos Combinados, WAJ/ALU 2011, Vostok 2016), the trio with Evan Parker and Ned Rottemberg (Free zone Appleby 2007). Since 2009 the collaboration with Antonello Salis  (Ma.Ri Auand 2003), and Drake took on the formula Trio, and in 2010 it was born the quartet that includes Gavino Murgia (Giornale di Bordo, Egea – Sard disc 2011).

Among the remaining traces, Paolo continues to play with his travel companions Alberto Masala and Riccardo Pittau, the projects with Fred Frith (duo, trio, quartet, Tessitura). Since 2015 he plays with Iva Bittova and in 2017  started a crossover duo with the Italian Indy musician Iosonouncane.

Paolo Angeli has a degree in Ethnomusicology at DAMS, Bologna. From 1997, he has been collaborating with ISRE at the constitution of Archivio Mario Cervo (the most important collection of sardinian records and traditional music). As a researcher, he has published Canto in Re, a volume of historical analysis of the ‘Canto a Chitarra’, accompanied by 4 CDs with recordings dated from 1930 to 1967. With Nanni Angeli, he is the artistic director of Isole che parlano, a international arts festival suspended between innovation and tradition taking place in Palau since 1996.

Tara Fuki music is absolutely racy and uniqe, based on common improvisations which are then continually elaborated, delicately dynamic and rich in its expression. Enriched by reflections of different musical styles with the flavour of distant lands, it creates an original kaleidoscope of the feminine inner world.

Their songs for two wooden bodies interlaced by caressing sound of Polish language create a fragile web of tones which, by a wave of a bow, can change into dangerous trap. Like dreams, their music can also gently caress and soothe, but also hurt in its brutal intensity. Since the beginning in 2000, Tara Fuki has been very successful performing in the concerts across Europe. The first Czech band ever having showcase at WOMEX (2007 in Sevilla). 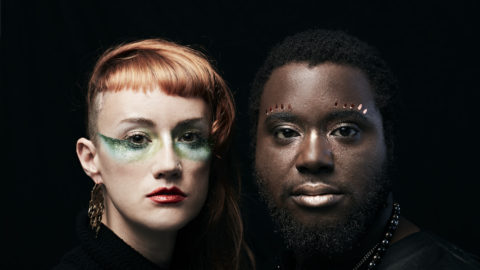