The music of Benin was born from Vodoun worship dances.

Created in 2016, the Benin International Musical (BIM) brings together seven Beninese musicians and vocalists who bring to life an influential artistic heritage that is little known by the general public. On 19 October at Carnegie Hall in New York the collective will play its repertoire combining voodoo rhythms, traditional songs and more contemporary sounds, combining electro and groove.

The BIM story begins with a huge casting operation that scoured voodoo convents, evangelical churches and trendy clubs in Cotonou, looking for musicians and voices capable of recreating the essence of Beninese music. Music with as rich a history as it when it opened up to the world, often against its will – one’s mind is inevitably drawn to the consequences of slavery and colonisation.

This is because the slave trade in the seventeenth and eighteenth centuries led to the spread of voodoo culture and rituals. From there, modern American music was born, from the polyrhythms of the Brazilian north east, to the voodoo swings of Cuba for the rites of the Santeria, and of course blues and jazz in Louisiana in the United States.

The Dahomey region – now Benin – was at the centre of these offshoots, owing in part to Ouidah’s intense slave trading. It was in this port that the BIM gave its first concert in early 2018.

The collective was initiated by Hervé Riesen, deputy director of radio stations and content at Radio France and president of the Eurosonic group, part of the European Broadcasting Union, Jérôme Ettinger, producer-director, the driving force behind the Egyptian Project group, and from Benin, Denis Akobebakou and Aristide Agondanou, founder of Gangbé Brass Band. As Arcade Fire, Franz Ferdinand, Talking Heads or Gorillaz consider Beninese music to be an absolute reference, it deserves to be played, recorded and exported to the widest possible audience!

From 2016 to 2018, the band gradually formed around singers, rappers, guitarists, percussionists and a bassist. They are called Risinkpaoun, Batatoundé, Tetanos, Yêwhe Yeton, Nayel Hoxo, Amessiamey and Jimmy Belah. Some of them were already professional musicians, while others were simply amateur musicians – if the distinction is really relevant in the field. All share the desire to promote a positive voodoo culture, which focuses on the land and people, and is clearly and assertively opposed to any fundamentalism.

Their first album, BIM#1, recorded in Cotonou, was released in 2018. The gospel trance of “Téoun Téoun”, the groove funk of “Destiny” and the afrobeat of “Allons danser” (“Let’s Dance”) all tell their own story of a Benin that is open to the world, where bodies and voices are as energetic as they are skillful, addressing all patients, prisoners  and countries at war.

Supported by Radio France, the Benin Institut français and TV5 Monde – which filmed its adventures for a 52-minute documentary (BIM Experience) – the BIM made its mark in radio before playing across France (Valencia, Nantes, Orléans and Toulouse), Morocco for the Gnaoua Festival in Essaouira, England for the Womad Festival and now at Carnegie Hall.

The prestigious New York venue closes this first tour, which has already broken down programming boundaries and laid the foundations for a project due for development in the field of education.

The BIM made its first New York stop in 2018, following preliminary exchanges with the Performing Arts Center. In October 2019, the BIM will take part in a new series of workshops with students from the Purchase College Conservatory of Dance and Music and also with young people from the Bronx.

It is in this same spirit of branching out that the Bim Club in Cotonou is developing, and which will soon host a studio for sound, video and photography training. Web TV and web radio stations (BIM TV and Radio BIM) should also follow, with the idea of showcasing a rich musical heritage and a very active Beninese scene. 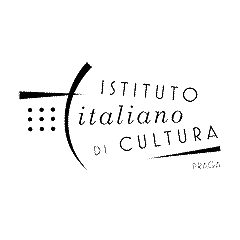